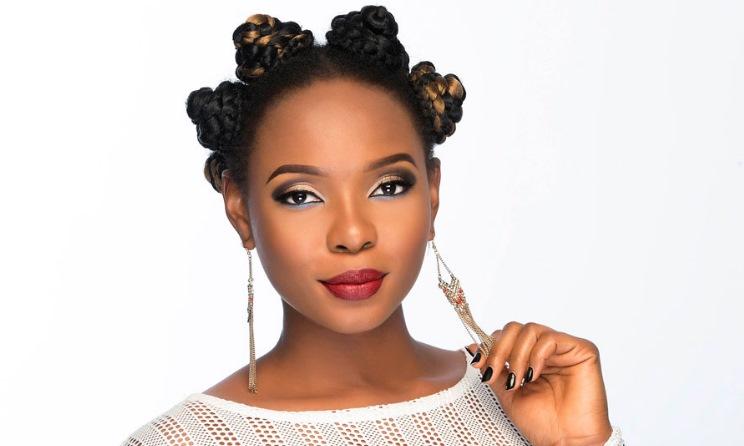 On the basis of this agreement, UMA will now be the exclusive partner of Yemi Alade and its label Effyzzie Music Group, for the worldwide distribution of its music.

“Thank God we will get there,” wrote Yemi Alade on Instagram. “My God always comes at the right time.”

UMA will thus ensure the international deployment of the projects of the diva negériane, which has just released a brand new album, Woman of steel .

The Nigerian singer, who is at the top of her game, still has challenges to overcome and UMA hopes to accompany her towards the realization of her projects.

“Yemi Alade is one of the few artists in the history of African pop to reach such a level of notoriety. At Universal we are all fans of her music and despite everything she has already done at Effyzzie, her room for improvement remains significant. We are happy and proud to accompany him in this new challenge and help him reach a new international level in his career, “said Moussa Soumbounou, General Manager of UMA.

Yemi was revealed in 2009, winning the popular Peak Talent Show . She then released her first single “Fimisile”.

In 2013, she signed a contract with Effyzzie Music Group and released the single “Johnny”, from her first album, King of Queen , released in 2014. The opus was a mix of reggae and rnb, which brought together artists like Phyno and Chidinma .

Since then, the Nigerian star has released many songs, made great collaborations and made many tours around the world.

She joins the ranks of the Universal Africa family, which recently lost the Ivorian star DJ Arafat.

Twenty-three (23) YouTubers including artists Fireboy, Sauti Sol, and Sho Madjozi from Nigeria, Kenya, and South Africa respectively will take part in an intensive three-week incubator programme followed by bespoke training, workshops, and networking programmes. This forms as part of YouTube’s inaugural class of African content creators set to receive a grant for the development of their channels from the global #YouTubeBlackVoices Fund.

These creators are part of 132 creators from across the world who are participating in the Class of 2021. The Artist Class of 2021 will receive dedicated partner support from YouTube, seed funding invested into the development of their channels, and participate in training and networking programmes that are focused on production, fan engagement, and their wellbeing.

“We’re excited to spotlight Black creatives from the African continent and amplify their voices as they create original content on our platform.

African creators on YouTube are reshaping the power of our platform by providing a unique perspective on all manner of topics from fashion and comedy to politics, learning, and wellness. Through their content, these creators continue to raise the bar for how others engage with their audiences and build community on our platform,” says Alex Okosi, MD, Emerging Markets, YouTube EMEA

This announcement comes after the October 2020 call for African creators to apply for #YouTubeBlackVoices funding as part of YouTube’s global, multi-year commitment aimed at nurturing Black creators and artists on YouTube. Over the next few years, YouTube plans to invest directly in more than 500 creators and artists from across the world in order to fulfil this commitment.

SK Global and The Mazur Kaplan Company have acquired rights to acclaimed Ghanaian writer and academic Peace Adzo Medie’s novel His Only Wife in a competitive situation.

Billed as “A Crazy Rich Asians for West Africa” in its Kirkus review, His Only Wife tells the empowering story of a young seamstress in Ghana whose life is transformed when she accepts a marriage proposal from the wealthy family of a man she barely knows. She relocates to the capital city of Accra and soon discovers her marriage is not the charmed and happy partnership she’d dreamed of. But as she begins to explore the city, she finds new independence she never before imagined for herself.

The book was published in September by Algonquin Books. It is a New York Times 2020 Notable Book of the Year, a Time Magazine Must-Read Book of 2020, and the October selection for Reese Witherspoon’s Hello Sunshine Book Club.

The acquisition is the first following SK Global and The Mazur Kapan Company’s recently announced first-look development pact, which included five initial new novels. The company is looking into possibilities with the author for the book’s development as either an English-language movie or a TV series.

“After reading Peace’s beautiful novel, we were driven to build on what she created. We’re honored to take this journey with her and Mazur Kaplan,” SK Global President of Television Marcy Ross said.

Added Paula Mazur, president of The Mazur Kaplan Company: “Peace brought to life a character and slice of Ghana that is unique and captivating. Mazur Kaplan is excited to bring a novel that has resonated deeply with so many readers to screen alongside SK Global.”

Medie is a Senior Lecturer in Gender and International Politics at the University of Bristol. Her research addresses gender, politics, and conflict in Africa and informed her book Global Norms and Local Action: The Campaigns to End Violence Against Women in Africa, published in March. Her research and findings have been published in African Affairs, International Studies Review, Politics & Gender, and the European Journal of Politics and Gender. She is a co-editor of the top-ranked African Studies journal African Affairs and is a Research Fellow at LECIAD, University of Ghana, as well as a 2015-2017 Oxford-Princeton Global Leaders Fellow.

Accra, Ghana will soon have their very first skatepark, thanks to the recently announced collaboration between Daily Paper, Off-White, Surf Ghana, Limbo Accra, and more. Freedom Skate Park, will be one of the ten skateparks available across the whole continent, with plans for construction slated to begin in the first quarter of 2021.

Alongside plans for the skatepark, Daily Paper is releasing a capsule collection with Surf Ghana as part of their Beyond The Return pop-up in Ghana next week. The collection will be an exclusive collaborative t-shirt with Off-White™, with 100% of the proceeds going towards the construction of the skatepark. Both collections will make their debut at Daily Paper’s pop-up store in Accra, Ghana on December 21, 2020, with a global release to follow on dailypaperclothing.com on January 15, 2021.

During the pop-up, Daily Paper will host a full house of local talent, students, creatives and tourists, through panel talks and events as well as a return of the football tournament held last year on the pitch built with Puma back in 2017.

Speaking about the collaboration, the co-founder of Daily Paper, Jefferson Osei shared that:

“With this initiative, we hope to evolve the skate culture in Ghana to the next level and give locals a platform to grow their talents within a space that will hopefully become their biggest training ground to date. More than board sports, the park will be a creative hub for young Ghanaians to come together, exchange ideas, inspire each other and build their futures through recreational activities. They now have a place where they can be themselves, freely develop their skills together with like-minded people and reach their true potential. Hence the name Freedom Skate Park.”

You can support Surf Ghana’s mission by making donations here.

Entertaining consumers through a unique art of concept (Edutainment) through their heritage, the “Eve’s Eye Show” – an entertainment and lifestyle newsmagazine programme, starring Evelyn Konadu-Koomson, has premiered on Joy Prime TV – a 24 hours of non-stop, real entertaining action transmitting from Ghana but accessible on Dstv 281 and Gotv 180.

The format of the program is composed of ground-breaking contents from throughout the entertainment industry, exclusive set visits, one-on-one interviews with actors, musicians and other entertainment personalities and newsmakers. It also has other segments that primarily focus on events news, trending topics, health & fitness, top 5 music countdown.

The Eve’s Eye Show airs for half an hour every Saturday afternoon at 12:30 p.m. The show also reports and debates on celebrity entertainment news stories and controversies, along with social networking segments involving viewer interaction via social networks. It is created by Canadian-Ghanaian entertainment enthusiast, Evelyn Konadu-Koomsom who doubles as the host.

KD Bakes Is Gassed Up For 2021, Watch Out For A Massive Collaboration With Yaa Pono

Premiere: Amanda Ofori Surrenders It All To God In New Single ‘Hopeless Without You’ [LISTEN HERE]