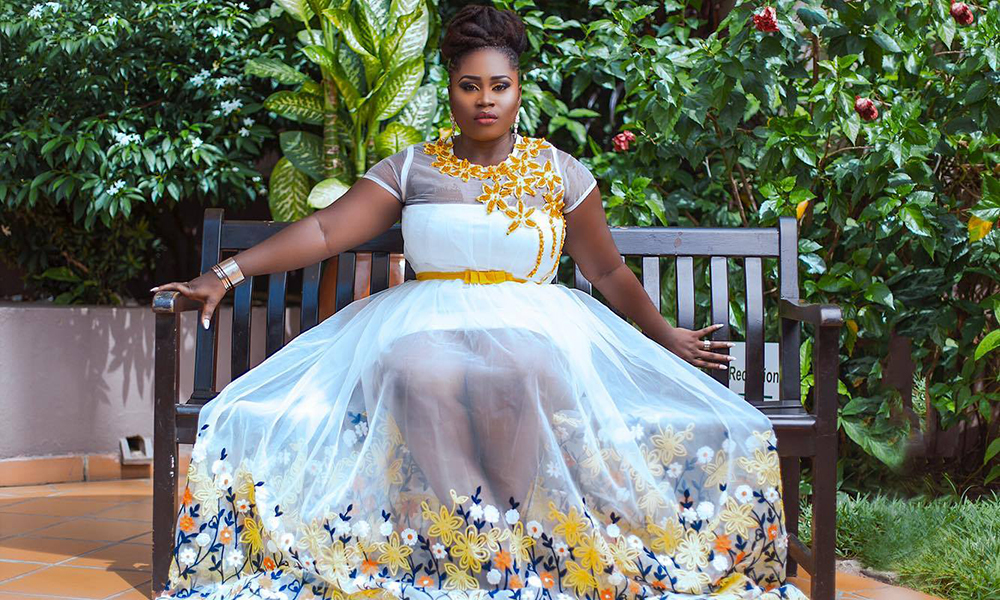 Ghanaian actress, writer and social advocate Lydia Forson is the true definition of black don’t crack, besides her unbeatable talent, Forson is very charming. Not forgetting how stylish she can be and making good use of her natural hair in every bold statement she makes fashion-wise.

Forson’s acting career started with a cameo role in Hotel St. James (2005), Run Baby Run (2006), Different Shades of Blue (2007). She has stared in a lot of award-winning movies like “The Perfect Picture”.

Here are some of her most stylish and bold appearance at some award events and premiering events.

Related Topics:ActressFashionLydia Forson
Up Next

Ghanaian Afro-fusion artist, Ennwai has released the official video for his song ‘Always Busy’, directed by Scoby Philms. ‘Always Busy‘ is off his latest EP ‘My Time’ which was released on the 29th of January, 2021. The 4 tracked EP showcases an impressive solo project that describes the singer’s own moments with an inspiration to shine to the world.

Ennwai channels his energy mixed with his extraordinary vocals of afrobeat, dancehall, and reggae to bring to the doorsteps of music lovers this captivating song and video. The video shot in the environs of oceanic and coastal scenery sends out a message that ‘the devil is always busy, thus obstacles might come your way. But God is working’. Ennwai’s EP has gained him a large audience as his music is consumed by all.

The weekly show will return after a five-year hiatus and will be aired on DStv Channel 198 and GOtv Channel 29 at 6pm WAT.

The announcement follows online auditions, which were held from 29 November to 13 December when more than 3,600 entries were received. This year’s winner will walk away with a grand prize package worth more than ₦50m (about $130 000).

“This season of Nigerian Idol is like nothing you’ve ever seen,” MultiChoice Nigeria chief customer officer Martin Mabutho said. “In line with our promise to always bring the best and most entertaining content to our customers, we have put together a show that we’re sure will have viewers on the edge of their seats.

“Nigerian Idol is famed for producing superstars and this season, we’re going even bigger – with the grand prize and with everything else. We can’t wait to show you all we have planned.”

Africa Magic channel director Wangi Mba-Uzoukwu added: “We believe that this season’s Nigerian Idol will produce a fresh crop of talent who will be well-grounded to conquer both the local and global music scene.”

The show will be hosted by TV personality IK Osakioduwa and previously announced judges for the contest include Obi Asika, Seyi Shay and DJ Sose.

“I was excited when I was called to host this show because I once auditioned to host the contest and I didn’t get it,” Osakioduwa said. “I did go on to host something else that was just as grime and just as beautifully produced by African Magic or M-Net at the time, but now is a chance to go back and I am excited about this. I can guarantee that this will be like nothing the fans have ever seen.”

Government And Stakeholders Must Aid In Creating Wealth In The Creative Arts Industry- Hon. Awal Mohammed

Minister-designate for Tourism, Culture and Creative Arts, Hon. Awal Ibrahim Mohammed has said that there is a great need for the Ghanaian Government and stakeholders in the private sector to take interests and come together and work towards creating wealth in the creative arts industry.

According to the Minister-designate, the creative sector along with its artists must be supported to enjoy the enormous potential in the sector. In the Ministers quest to achieve this, he seeks to partner with movie makers to ensure that they produce enough quality films and series that will meet the demands of television stations. He announced that a $20million-dollar film studio will be built to become the hub for movie production in the West African sub-region.

Hon. Awal Mohammed explained that it frustrating that tourists visit the country and consume Western produced content instead of our local content. He said that tourists will spend more than 15% of their money on entertainment if there was much source of entertainment here.

“It is important that a significant percentage of content shown on television should reflect Ghanaian culture and norms.

“We want to build the studio to help us put out Ghanaian movie series so that primetime on TV should be at least 70% local content. We need to make our creative artists rich and strong. That will boost our creative industry,” he added.

Akan, one of Ghana’s most critically acclaimed artists will now be identified by his new stage Pure Akan. This he said had to be implemented for better identification and also for issues concerning copyright matters. His music will now be under the name Pure Akan.

Pure Akan has already hinted that after spending weeks in the studio, his next album is shaping and to be dropped at the right time. In the mean time, music lovers are still bopping to ‘Onipa Akoma’, one of the greatest albums to ever be produced from the motherland, Ghana.

Super Clash Day: Check Out Team News And Possible XI Of Both Hearts and Kotoko