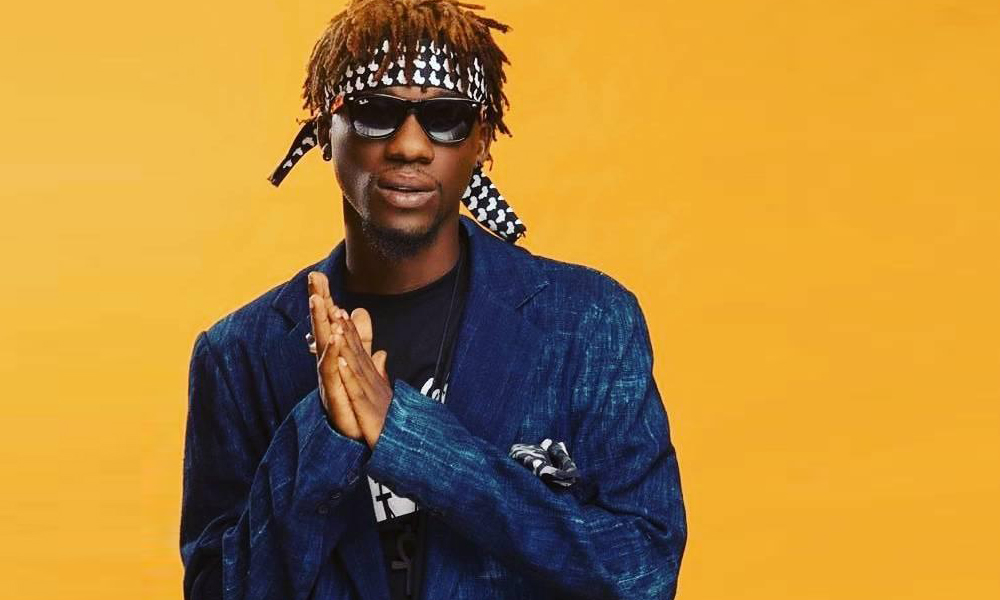 As other professions, including Hair dressing, tailoring have apprentices, musicians like other professionals are also faced with the difficulties in naturing a seedling to grow to bore fruits for patrons to have a taste of their talents.

Ghanaian Afro-pop, hip pop artiste and rapper, Solomon Andu Antwi, who simply performs as Yaa Pono and is still sharpening his talent has introduced an off-spring from his Record Label Uptown Energy Records with the support of Rich Rastas as executive producers.

Tha Blackboi is the freshest talent and first artiste officially from stable of Uptown Energy Records. He stated music some couple of years ago.

The rap genre of music star in the making, said he wants to do pure undiluted rap music because the vibe, the style and groove in rap music is very reserved in Ghana.

According to him, rap is something that, if you indulge in, it sharpens your intelligence quotient(IQ) adding that, it’s a unique and rap is a revolutionary music, there is always something to say.

In the  hook of the promising banger produced by Deworm Beat, the sensational tells his story of unconditionally loving a lady. He further described how beautiful the lady is, adding that, top notch personalities are even rooting to have her.

Tha Blackboi also disclosed in the song that, his effort; investing extra resources in getting a lady of her caliber proved futile. He also stated that, as he has successfully gotten her, he would like her to his light.

Chief Executive Officer of 3Music Awards, Sadiq Abdullai Abu has admonished Ghanaian musicians to also concentrate on how structures of the music industry works rather than seeking personal glory with their brands and careers.

“Most importantly we need to begin to drive the industry from a certain insightful conversation..It is a 360 industry”. He said on Daybreak Hitz on October 20, 2020.

He also revealed that although there may be a finger pick of Ghanaian musicians doing well with their respective careers, it’s not enough and does not represent the true reflection of how our music industry should be.

“Talents always get to think that…. them them.. when this part begin to hit small hit it, hit it and then they wake up to realize that all these things that should be in the echo system to support us is not there and they begin to shout there is no structure in the industry”.

The event organizer who has got a strong connection to the Ghanaian entertainment pipeline further stated that “when people were building the structures, you were looking to your own gain and then when you wake up and realize that there are other things in the echo system to support the growth that you’ve become, you begin to decry about it”.

Elucidating on what he meant by lack of structures in the industry, Sadiq said “structures includes these various different companies in the value chain..not just talent.. If we run our industry on talent alone we wake up to realize that all these things that should be there to power them or continue to keep them at the top is not there”.

For some time now, musicians have themselves tried to organize their own events but most were a total fiasco “so it forces them to begin to want to do it themselves and it creates problems”.

50 Cent is officially the latest celebrity to hop aboard the Trump 2020 train ahead of the presidential election next month.

The rapper shared a screenshot of an infographic from the CNBC show Power Lunch on his Instagram account on Monday displaying the top tax rates by state under Joe Biden’s suggested tax plan. If the Democratic presidential nominee’s plan were to be put into effect, those making over $400,000 a year would pay 62.6% in taxes in California, 62% in New York City, 60% in New Jersey, and 58% in New York state.

50 Cent had a strong reaction to those numbers, writing on social media, “WHAT THE FUCK! (VOTE For TRUMP) IM OUT, FUCK NEW YORK The KNICKS never win anyway.” He added, “I don’t care Trump doesn’t like black people 62% of you out of ya fucking mind,” seemingly conflating the percentage of NYC’s population that would have to pay those taxes with the tax rate a small segment of the population would actually pay.

But outrage over a rise in taxes applied exclusively to those who make over $400,000 a year isn’t exactly a rallying point for the masses. In 2018, the U.S. Census Bureau listed the annual median personal income at $33,706. In fact, earning $400,000 would easily put you in the top 1% of earners in almost every state. And if Biden’s tax plan were to be fully implemented with no alterations, over the next decade it would raise $1.6 to $1.9 trillion from corporations, $1.0 to $1.2 trillion from high earners through income tax, and $800 billion to $1 trillion from Social Security payroll taxes on high-wage earners, according to the Committee for a Responsible Federal Budget.

This recent endorsement also seems to be an abrupt shift in political affiliation for 50 Cent, who in September 2016 tweeted, “Let us pray, lord please don’t let Trump into office. We will spin out of control.” He also claimed in a 2017 interview with Hot 97 that the Trump campaign offered to pay him $500,000 to help attract Black voters, but he turned it down.

Camidoh; afropop artiste performs an acoustic rendition of track 2 (Hot Pursuit) off his contingency plan Ep. Originally written by him and produced by La Slame, the song talks about how a very talented young fellow is loved by many people around the world and yet hated and envied as well. It goes on to talk about how no amount of hate or jealousy can take away a man’s blessings. Stream Cp: https://fanlink.to/MidohCP

A fun afrobeat song with a summer street sound, with a hard base line, Duna will leave you with nothing but feel good vibes, making you want to get up and dance! Recently crowned Female Artist of the Decade, Eazzy is gearing up to release this new party banger, featuring the talented and multi award winning Quamina MP and produced by the amazing Unkle Beatz.

This collaboration of sexy vs street brings out the fun playful energy of both artists, with Eazzy’s punchy lyrical flow and Quamina’s undeniable signature tones, this one is sure to be an overall hit! Stream here: https://africori.to/duna

Nigerian Comedians Using Their Talents to Aid In #EndPoliceBrutality Protest