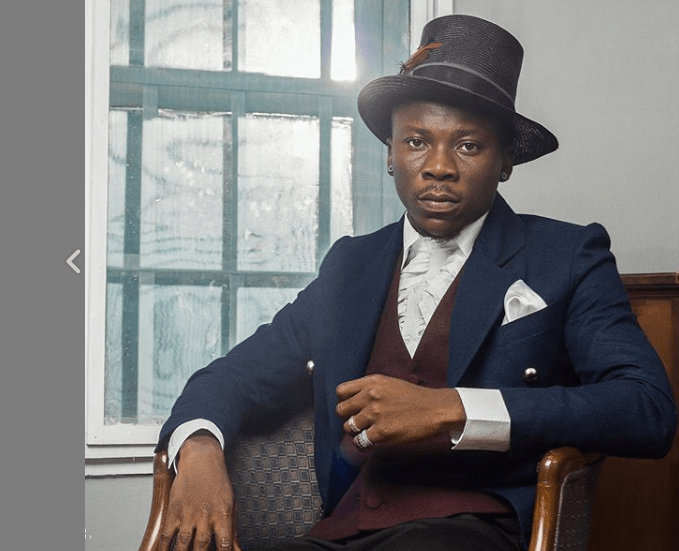 Multiple awards winning Ghanaian Born Reggae/Dancehall artiste, Livingstone Etse Satekla, professionally and executively known as, Stonebwoy has concocted a work of art, precisely a song that has the objective of speaking against the xenophobic attacks in some African states.

Stonebwoy in the yet-to-be-released educational and revolutionary reggae song, touched on some iconic statements made by African leaders of the past including Ghanaian great Dr. Kwame Nkrumah, on why the African states need to come to together to drive forward the positive agenda of the continent.

This project comes at the back of some youths believed to be South Africans unleashing their anger on fellow Africans who have migrated to the country on the southern region on the continent in quest of seeking greener pastures to feed their families. This development has led to the death of several in the recent anti-African immigrant violence. This has also resulted in reprisal attacks on South African owned establishments in the Africa states whose citizens have been affected by these attacks.

According the 2015 Black Entertainment Tv (BET) “Best International Act – Africa” awards winner, the dislike of or prejudice against people from other countries; xenophobia and mental slavery is a major tool that is being used to divide the African indigeons that has the potential of making the continent a safer place for the natives.

According to the 5 times Vodafone Ghana Music Awards (VGMAs) “Reggae & Dancehall Artiste of the Year, xenophobia has an adverse effect on the society as well as economy of a region, explaining that, it goes without saying the community will be looked down upon by others and on a global platform as well.

Stonebwoy also noted that, the social impacts of xenophobia is, it breeds an atmosphere of hostility and distrust in society. This he explain can lead to the decline in the number of migrants to that particular society, adding that, the situation in turn has a negative impact on the economy, that will be deprived of the influx of talent and resources.

He revealed that, the xenophobic attack will, more or less, turn into a closed one, where there will be no introduction of new ideologies, innovations, and thought processes, adding that, it will also have a long-term effects on the tourists as well, who will be advised against and also prefer not to visit such a volatile region. This, according to him, will result in the loss of a chunk of revenue, and various industries that come associated with the tourism sector will be hit.

Watch snippet of the yet to be released studio project that aim at addressing xenophobic attack.

Though the release date of the song is yet to be made known to the general public for consumption, however, making reference to the 2019 Nickelodeon Kids Choice Awards – “Favourite African Star” inspirational reggae catalogue, this project will be a banger and will cross borders. But for now, enjoy “Tuff Seed” by the Reggae & Dancehall icon below;

Click on the link to watch full interview: https://youtu.be/bw7LHTxhIQo

The two managed to pull over 6,000 Ghanaians to their Instagram live battle and we had a lot of music stars also comment under the battle.

However, Legendary sound engineer, Zapp Mallet has blasted the award-winning rapper, Sarkodie for pairing him with some music producers.

Zapp stated, “There is something called respect which is lacking in Ghana today. For instance you don’t compare somebody who was churning out hits before you made Kindergarten with your mate who just started a couple of years back. Show some respect. You will also get there”

Appietus And Jay Q Set To Battle It Out Live On Instagram Tonight!

GREATER ACCRA, GHANA, Wednesday, April 1, 2020/www.gbafrica.net/ – If you are a big lover of Ghanaian music, you would surely know beatmakers, Appietus and Jay Q. The two are regarded as very popular and talented sound engineers from the country.

Jay Q and Appietus would square off tonight, live on Instagram to find out who has produced the most and best-hit songs in the history of Ghana music.

The battle, dubbed #BehindDaHitz, is orchestrated by Award-winning Ghanaian rapper, Sarkodie. This battle looks forward to offer Ghanaian music lovers a chance to realize some of the hits created by these two. It’s possible we might have heard some of the songs and didn’t even know these two were behind it, therefore it’s a good platform to update us all.

The battle is scheduled for April 1, 2020 at 7 pm on Instagram. Both sound engineers according to screenshots posted by Sarkodie are ready to tear each other apart.

We are really anticipating this battle!

Jay Q has made a video to that effect, asking people to follow him and also be a part of this activity.

The video for “There They Go” is also premiering today. Filmed in Nasty C’s hometown of Durban, South Africa, the video was directed by Andrew Sandler (Lil Wayne, Chris Brown). The Cxdy-produced “There They Go” is the first taste from the 23-year-old rapper’s upcoming album Zulu Man with Some Power. The set is the follow-up to Nasty C’s second multi-platinum album, 2018’s Strings and Bling.

In announcing the signing, Def Jam Recordings interim chairman/CEO Jeff Harleston stated, “Nasty C is a unique and forward-thinking artist who is at the forefront of a new generation of rappers emerging from Africa. Def Jam is a globally recognized brand synonymous with excellence in hip-hop, and we are excited to welcome Nasty C — an international star with real vision and talent — into the family.”

“It’s powerful to be a part of the Def Jam family,” added Nasty C. “It’s an iconic record label and has made the careers of many of the artists I look up to.”
null

The rapper’s career began in 2012 with the release of his first mixtape, One Kid, A Thousand Coffins. Second mixtape Price City and debut album Bad Hair, debuted in 2014 and 2016, respectively. Since then, Nasty C has won several music awards including the South African Hip-Hop Awards’ Best Freshman prize and four Metro FM Music Awards, as well as being nominated in 2019 for a BET Hip-Hop Award in the best international flow category and an MTV Europe Music Award.

Kcee Is Out With The Official Music Video For “Sweet Mary J”| Enjoy!