Dorothy’s Hope Foundation (DHF), a Ghanaian NGO will on October 12 embark on its annual Walkathon to help increase breast cancer awareness, early detection and treatment, as well as palliative care.

According to organisers, this year’s event is family-oriented with parents encouraged to come out with their entire family on the day.

The Foundation which was founded by Dorothy Amuah, a business executive and a breast cancer survivor said, “The Walkathon is dedicated to helping communities attack breast cancer. From team members to volunteers, we all want to remember those we’ve lost, help those affected today, and give us a home team advantage against cancer.

“Through funds donated, time or awareness raised, we are teaming up to make a difference. When we walk together in the fight against cancer through this fun, healthy and inspirational event, we can accomplish anything.”

Recapping the past year’s events, she said DHF has brought together more than a thousand participants ranging from business people, celebrities survivors and well-meaning Ghanaians.

Over 2000 people have benefited from the free screenings fused with education. There was a large community outreach at Ho in the Volta region where the DHF team stormed the market to screen and educate people.

The founder announced that as part of the lineup of activities, there will be a mega concert which will bring together world-class performers to drive home the message about breast cancer.

Participants will start the walk from Cantonments Post Office to the Accra Metropolitan Authority (AMA) Head Office in Accra from 6:00 am.

The day’s activity will be continued with a free breast cancer screening and sensitisation at the AMA Head Office.

The Touch Down Party Day Party

Gyakie broke into the music scene with her single, ‘Never Like This’ in 2019. She has since established herself as a talented singer-songwriter.

It was no surprise to many how immensely gifted she is after she was revealed to be the daughter of the Ghanaian Highlife music legend, Nana Acheampong through the cover art for her debut EP ‘’SEED’’. Her groundbreaking EP was received with critical acclaim by fans, industry players, media practitioners alike. The very successful debut project is still raking in huge numbers across all digital streaming platforms worldwide.

Gyakie’s five (5) track EP was rife with a cocktail of beautiful sounds that sweetly gives one a taste of what she is capable of and what to expect on her journey, which has only just begun.

Gyakie who is managed by FLIP THE MUSIC is now ready to take the music to the people even closer. She is inviting all her fans to her FREE event scheduled for November 4, 2020 at Level Up (Twist Lounge). ‘’It’s about time I connect properly with my fans, so I’m looking forward to seeing all of you at this event… I have lots of surprise artists who would be on stage with me too, so don’t miss it guys’’, Gyakie said about her upcoming event. We cannot wait to be there. 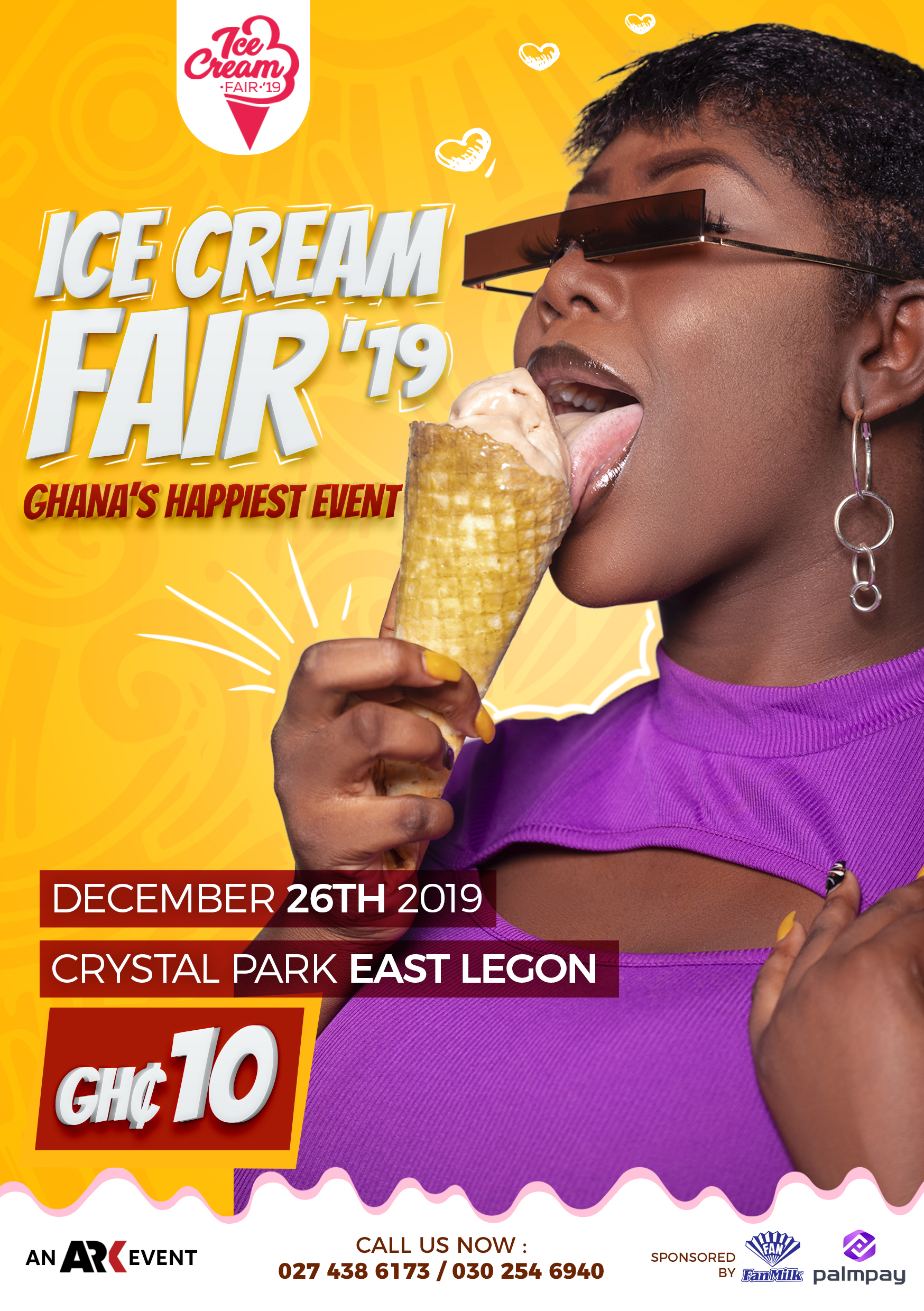 Christmas always has elements that puts you in the festive mood from Jose
Feliciano’s Feliz Navidad to Mariah Carey’s ‘All I want for Christmas is you’.
Here in Ghana, Piccadilly’s Gem biscuits and Ghana’s happiest event Ice
Cream Fair might just make it among the host of Christmas elements the
festive season is known for.This year, Ice Cream Fair is the ultimate festive event for the whole family. Billed as Ghana’s happiest event, this year’s fair is giving ice cream lovers the chance to really have fun, and what better way than to have fun with your favorite celebrity. A host of celebrities in addition to JoeyB, Kofi Mole,La Meme Gang and DJ Vyrusky will be at Ice Cream Fair to enjoy games and activities such as mini golf, mini bowling, jenga, karaoke, balloon pop and other exciting activities with you. Yes! You might scream, enough with the barricades and watching artistes perform. It’s time to get interactive.

It’s time you got the opportunity to really meet the celebrities and mingle with them and Ice Cream Fair has that for you.That’s not all, your sweet tooth will be put to test from the different Ice Cream recipes available coupled with tasty food and fizzling drinks from ourcherished vendors. Palm Pay and Fan Milk Ghana limited is on board to really make this event the gift that keeps on giving.Life, just like an ice cream must be enjoyed before it melts. Join the fair at Crystal Park from 10am this Boxing Day and enjoy happiness like never before. Ice Cream Fair has the most affordable ticket this festive season at just 10GHC. Come with your family and friends and create festive memories that last a lifetime.

The Touch Down Party Day Party 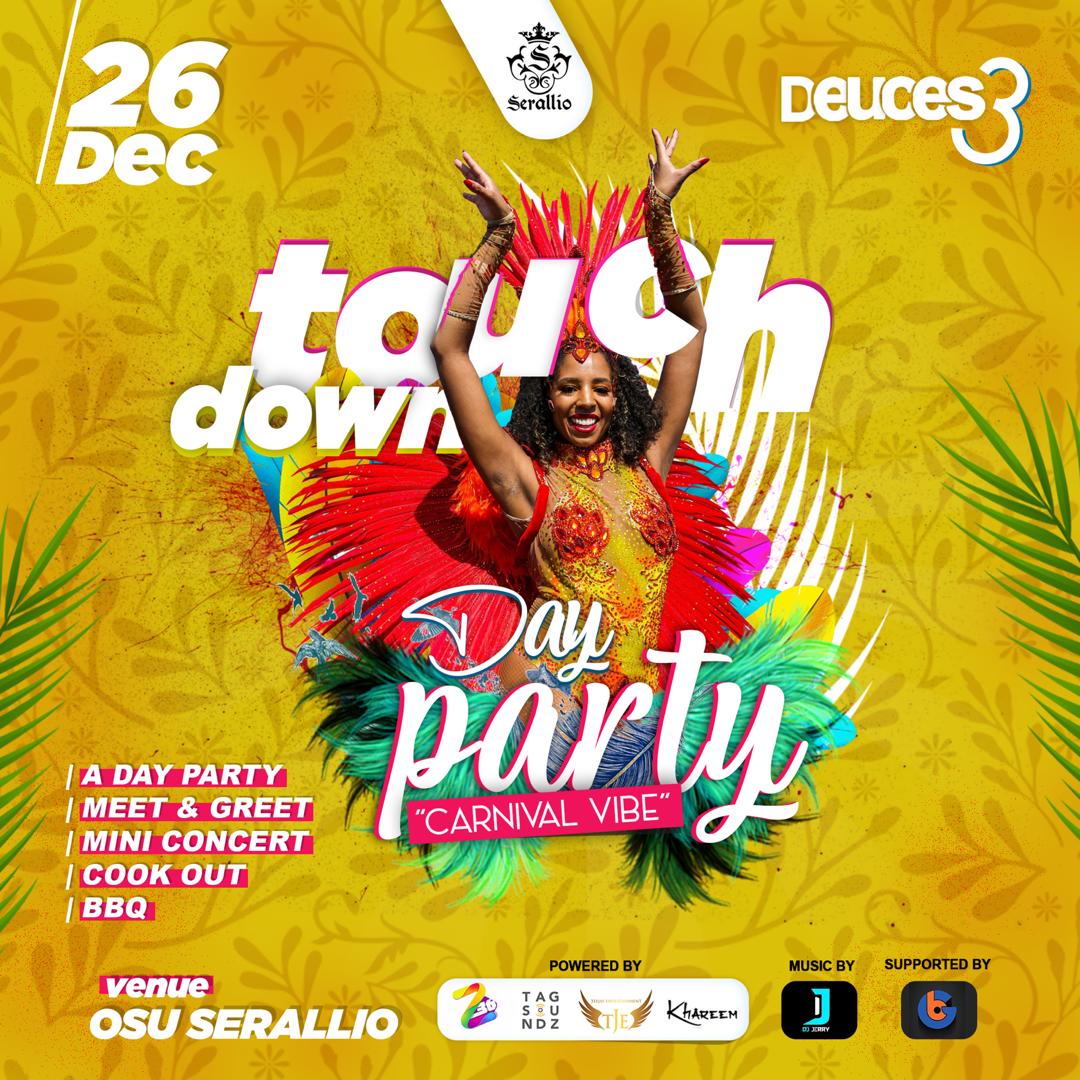 Coming back with a new twist, the best touchdown day party dubbed Deuces 3 promises to thrill you this December. Deuces 3 comes in a form of a Carnival Vibe with a mini concert, meet and greet, a cookout and mouthwatering BBQ. This is going to be the wildest and lit day party in Accra you might ever attend. The TouchDown day party happens @ Serallio, Osu on the 26th of December, 2019 This event is powered by Zone 36, TagSounds , TJE, Khareem and supported by GeorgeBritton 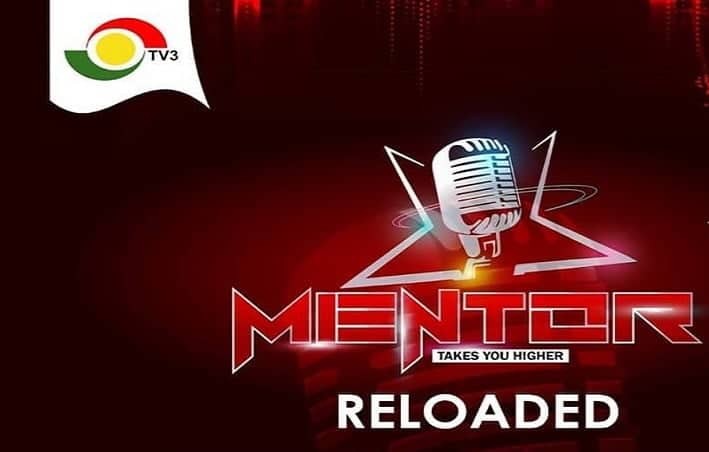 Ghana’s first ever music talent reality show, TV3 Mentor, is staging a comeback with a reloaded season in November this year.

For seven consecutive years, Mentor piqued the interest of thousands of television viewers in the country with intriguing live studio performances that wowed the audience until the show went on hiatus in 2013.

With seven seasons, TV3 Mentor solidified itself as the best entertainment show on TV at the time, making it a not-miss humour-filled thriller for almost all television viewers on Sunday nights.

After six years break, organisers of the popular music talent reality show have repackaged it to bring Ghanaians the best television entertainment experience from early November this year.

Dubbed ‘Mentor Reloaded’, the all new season, which will be the eighth, will give young talented persons seeking a musical career the unique opportunity to not only show what they’ve got but also get to shine and win mouthwatering prizes.

Twelve raw talents (mentees) to be scouted from across the country will be assembled and mentored for weeks during which they will give weekly performances to battle each other musically for the ultimate prize – a two bedroom house at a prime location in Accra. Ultimately, TV3 Mentor will take them higher!

Seasoned Ghanaian musician Bessa Simons will be joined by musicians Trigmatic, Adina and one person whose name is being put under wraps, to serve as judges for the repackaged show.

“There are a lot of unemployment, people have good voices they don’t even have hope, some of them are in typical villages, some sing in front of their mirrors, some sing at church, at least mentor is going to give them an opportunity,”  Media General GM for Shared Services and Operations, Winfred Kingsley Afful stated.

Speaking at the launch of the programme in Accra Friday, he explained management listened to the calls of the people for Mentor to be brought back because the programme “empowers people” and contributes to the creative arts industry in the country.

Mr Afful assured the new season of the show will put in place measures to ensure persons who pass through the show will progress to have a musical career.

First, second and third runners-up will respectively walk away with 50,000 cedis, 30,000 cedis and 20,000 cedis worth if airtime on TV3  and other Media General platforms.

Former winners of the show, Nii Soul, Yaw Stone, Kesse and others graced the launch of Mentor 8.

Audition for the new season will begin from October 9, 2019 at the Radach Hotel in Tamale, and then October, 11 at TV3 office in Kumasi.

The audition train will then move to Takoradi October 16 at Connect FM premises, and end in Accra at the TV3 on October 18 and 19.

Persons seeking to be auditioned are required to download forms from www.3news.com

Premiere: Reekado Banks’ “Speak To Me” Visuals Destined To Creep Its Way Up The Charts [WATCH HERE]

Premiere: Reekado Banks’ “Speak To Me” Visuals Destined To Creep Its Way Up The Charts [WATCH HERE]