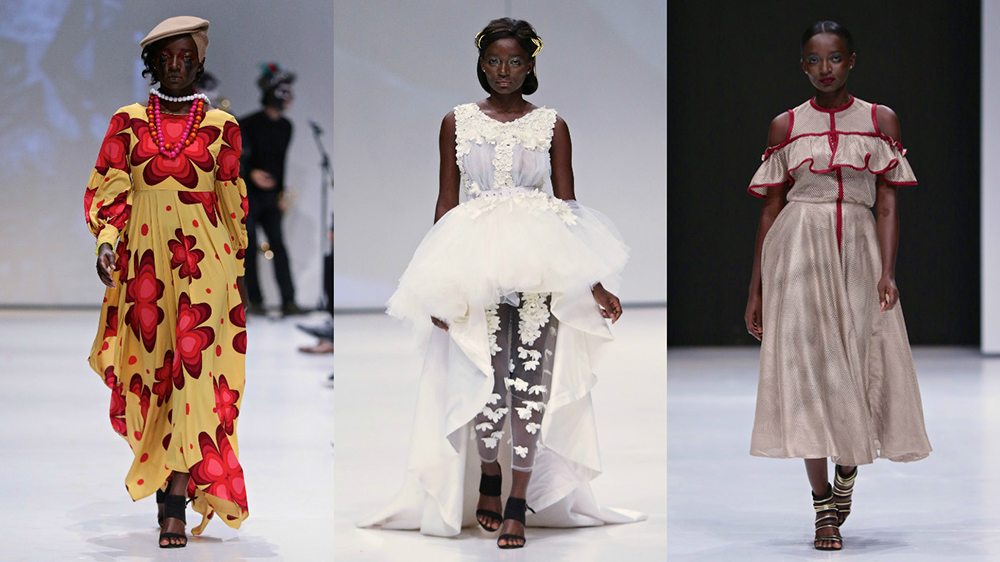 Chantell Dapaah Boamah is a Ghanaian fashion model, beauty queen and a brand ambassador. She had her basic education at Ave Maria School and secondary level education at Aggrey Memorial Senior High School. She later went to Knustford University to have her tertiary education.

She began her modeling career and training with Exotic Modeling Agency in 2008 and has since done lookbooks for both local and international Brands such as Fatimoda (USA), Black Pepper (South Africa), AbrantieTheGentleman, Totally Ethnic, Bello Edu, Forever Clear (FC), Zaron MakeUp Ghana, Sarah Christian, Nonterah and many others.

She was the brand ambassador for Cultured Concepts (A jewelry line based in USA) and also T’Best Ghana (A healthy fruit Juice).

She currently married to Oheneba Yaw Boamah, the CEO/creative director of Abrantie the Gentleman.

Ataui-Deng Hopkins (Model Of The Week).

Multimedia messaging app has launched a new free-to-use Dynamic Product Ads (DPAs) feature, allowing brands to create globally-served Snapchat ads in real-time to help them reach an increasingly online, younger audience. Adidas, Topshop and Farfetch are among the big-name fashion brands to have become advertising partners of Snapchat in the UK for its new e-commerce offering designed to “simplify the consumer purchase journey and drive measurable ROI”.

After testing the beta version of the DPAs for just a few weeks, Arcadia-owned Topshop achieved over four times the return on advertising spend (ROAS) benchmark usual for the UK market, the brand said. Adidas in turn saw a 52 percent growth in ROAS.

“In the wake of the Covid-19 epidemic, Adidas has further accelerated its digital business. With e-commerce a key focus for us in 2020 and beyond, we’re excited to Beta test Snapchat’s Dynamic Product Ads in the UK, Germany, France and the Netherlands,” Adidas’ senior director of media activation Europe, Rob Seidu, said in a statement. “The launch of DPAs allows us a route to reach our target Gen Z and Millennial audiences with relevant product creative throughout the consumer journey.”

But it’s not just big brands that can access the feature. Snapchat said the new tool “allows brands of all sizes to showcase their products and services in a professional layout, through customized ad formats that can be easily set up.” The company said this will save advertisers time both on the creative process and on the admin side of things, allowing them to run ‘always-on’, measurable, campaigns.

Snapchat is looking to capitalise on the heightened focus in recent months on companies’ online operations after the Covid-19 pandemic caused international lockdowns and wreaked havoc on physical retail. In fact, online sales in the UK grew to a 10-year high in April, up 23.8 percent year-on-year, according to the IMRG Capgemini Online Retail Index.

Last month, social media giant Facebook announced the launch of its new shopping feature allowing businesses affected by the pandemic to set up a free online store on Facebook and Instagram. “In the wake of the Covid-19 lockdown we have shifts in how consumers are interacting with e-commerce with people increasingly shopping on their mobiles – a trend we expect to continue,” said FarFetch chief marketing officer Gareth Jones.

“As a result, we have re-engineered our e-commerce marketing activity to support the many fashion boutiques we work with, and the consumers we serve. Farfetch’s relationship with Snapchat has transformed our activity across the entire funnel and gives us a unique and an unduplicated audience across multiple markets.

“We leaned heavily into DPAs during the testing period and we have seen significant success that has translated into high-quality customers and ultimately transactions. We plan to continue to build on our relationship with Snapchat and we see them as an always-on partner.”

With 34 Years in the Modeling Industry, Naomi Campbell is Teaching Us All How to Win at Life.

Naomi Campbell broke into the modeling industry at a time when black models were not recognized, and she has managed to stay relevant for decades.

34 years after, she’s offering some sage advice to everyone of us on how to navigate life.

The stunning model took to her Instagram to celebrate her journey so far by sharing a throwback photo from one of her first modelling gigs.

34 years of modeling, love, growth, friendship, wisdom, joy, pain, loss, experience, fun, laughter and so much more. You have got to love what you do, love it everyday, through highs and the lows, the wins and the losses…I can honestly say I love what I do and thank you all for being here with me every step of the way.

Miss Sey has been a leading environmental activist and Sanitation/Hygiene campaigner for Ghana Beach Soccer before she was officially appointed as an Ambassador in September 2019.

Her work has covered both coastal regions and mainland Ghana where she engages children, the youth and adults in practical ways of keeping themselves and their environments clean, hygienic and sanitized.

“On behalf of Ghana Beach Soccer, stakeholders and our partners we say a big Ayekoo to Miss Araba Sey. We’re proud of you as our dedicated Ambassador and role model.”

Categorically, the t-shirt features a unique design by Alabo “highlighting an Afro-Surrealism tarot card providing insight and guidance through symbolism and spiritual wisdom,” according to a press release from Daily Paper. The designs reflect Alabo’s artistic vision of using elements of fantasy and mysticism to critique African society.

Each item in the capsule collection features a unique tarot card design with a symbolic meaning. “The Magician” for instance, represents “spiritual development,” while “The High Priestess” design reflects “intuition, mystery, and sensuality.” The contemporary fashion brand is known for its ready-to-wear garments and accessories.

Daily Paper is inspired by the African heritage of its own founders, together with the passion for contemporary fashion, Daily Paper is known for its ready-to-wear garments and accessories, and is dedicated to promoting African culture by honoring the past and its influence on their vision of the future.

According to David Alabo, who lauded the efforts of the Amsterdam-based, African-owned streetwear brand, which is inspired by the African heritage of its own founders, for an marvellous collaboration revealed that, his aim in the art world is to push the boundaries and challenge the perception of Africa with fashion.

The company was founded by three friends, Hussein Suleiman, Jefferson Osei and Abderrahmane Trabsini. In the beginning the trio set up a blog whereby they occasionally sold T-shirts bearing their logo. The company subsequently grew and amplified into a major trendsetter. Although the blog was running in 2008, the company was founded in 2010 and established in 2012.

In 2015 they released a women’s clothing parallel. They particularly derived their design ideas from scenery in Kenya and other sub-Saharan African regions. In the same year, they branched out to diversify from casual wear to athletic and sportswear. In May 2015 they began releasing limited edition silhouette jackets.

Daily Paper has made it a point to collaborate with African artists and creatives. Last year, the brand linked with Nigerian superstar Wizkid for the limited edition STARBOY collection.

If It Weren’t Madagascar, But An European Country That Had Discovered The Remedy COVID-Organics, Would There Be So Many Doubts? – Madagascar President Asks

Ahmaud Arbery: Father and son Charged With Murder of US Black Jogger